Apparently I neglected to post this last night - I fell asleep after work. Sorry guys!

The surprise that has changed my life, and brought me more joy than any other was learning that I was pregnant with Huck. He is 12 years old today. My biggest surprise. In raising him, I've grown up a lot. Being pregnant with him gave me such appreciation of the glory that is my body that now I don't ever worry about how I look.

He was the piece of me that I couldn't find at that point, and i am grateful for the surprise of my children every day.

I've cried at the bar. 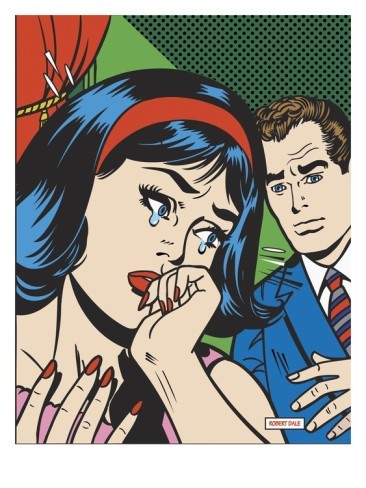 Sometimes I get a little sad. Surprisingly, less often than I expected. I guess that tells me that separating from Sev was really the right choice for our lives. I remember when my ex-husband and I split up, I was SAD. Really, really sad.

Openly expressing those emotions, without feeling ashamed or embarrassed that I was feeling them was so freeing. I released the sadness, and accepted the love that surrounded me. And I felt good.

Usually, though, when I get sad, or dejected, it's due to memories. Memories of my late godson, or things that make me remember him. In that instance, I try to remember the good. I put our love in perspective. I remember the smiles. I go back to embrace my feelings.

For all of my standoffish bluster, I embrace my own feelings well. I just choose to keep them to myself, for a variety of reasons.

When I'm just feeling generally dreary, I'll play with all the children, or watch them play together. They beat my heart. Coming home from work to find Huck snuggled on the couch with Scout warms my little grinchy heart. "Mom, she was crying, and she wanted to sit with me." How do you say no to that? You don't. You snuggle the little munchkin back into her bed, snuggle the big boy into his bed, and tell everyone that you love them until the ends of the earth. And you sleep peacefully. Because love is what we live.

This is the first of the blog-a-day challenge from BlogHer. Follow the link for more nifty details, or just to see which one you'd like to read most!

December Prompts NaBloPoMo
Posted by Unknown at 4:51 PM No comments:

So, I had this thing

And it wasn't really a thing, more of a fling (I feel like Dr. Seuss with the rhyming right now) with this guy. Unfortunately, I enjoyed his company.  I only say unfortunately because, for me, sex is different from emotions.  Sex is enjoyable of its own accord. I enjoyed sex with this guy. I also enjoyed what I thought could be friendship, because he isn't too stupid to talk to. He's actually really smart. I mean, he's a guy, and he stopped calling me for sex, so obviously he's not that smart.

But there's that. He stopped calling and texting. I know he had personal shit going on with friends. I know because he told me. We talked about sad stuff. About real life stuff. Like friends do.

He also blew me off the last two times we were supposed to hook up. Clearly he's a moron. Not only am I attractive, and amazing in bed, but I also have no desire to be married, or attached, or trapped or anything. I want to be able to have some sex. Maybe a nice talk. And go home.

Fuck me. Is that so hard?

So, I was just nominated for a Liebster Blogger Award. I did some googling, and it seems pretty neat. This is the best information that I've found on it, if you're curious, like me. I'll save you a step!

1. Answer the questions sent to you

4. Notify them that they have been nominated


So, I was nominated for this award by Yessica @thepushupbra

And here comes some truthiness…

1. What type of guy/girl are you attracted to?

2. What was your most embarrassing moment?

3. When and what was the last lie you told?

5. What is your guilty pleasure?

6. Is there anything that you regret?

8. If you could have a wish come true right now, what would it be?

9. Would you get back to your ex if you had the choice?

10. Do you still remember your first kiss?

11. Do you remember your first crush?

So, some questions for you guys. This is almost tougher than answering them.


Now, for the nominees…

I guess this is my thing now.

The writing, I mean. I'm enjoying expressing myself. Sorting through my thoughts in this medium. And I think I may actually be fairly good at it. And that surprises me, too, to be honest.

I'm finding myself looking forward to sitting with my laptop, and sending my thoughts out to (hopefully) be enjoyed by someone.

I regret not continuing to write before. I regret losing that time. I think now, that if I had continued then, I may be in a different place right now. My perspective is changing. I'm able to release these thoughts and experiences, and not dwell on them. It's comforting to know that my memories will be here if I need to see them, but are no longer going to be taking up space in my mind.

I guess I'm rambling. Sometimes I do. I'm off to work. Wish me luck! 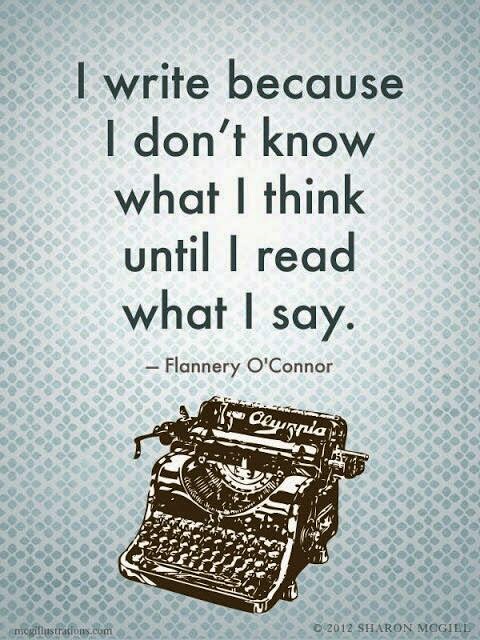 Posted by Unknown at 5:18 PM No comments:

I'm halfway through what appears to be a dreadfully slow Friday double. I'd much rather be sitting in front of the fire. Or at least have pants on. I bartend in shorts, because my legs are likely to be covered in water, sour mix, tequila and a variety of other liquors and mixers on any given shift. It's usually plenty warm behind the bar, but it is pretty chilly today. This first real cold snap is killing me. Business wise, and otherwise. I hate the cold. I've lived in New England my entire life, and I still can't handle it.

It's dark and it's cold. I'm exhausted and dicking around with spreadsheets to make our restaurant run more smoothly. And hoping for guests tonight. I'd like to make a couple of dollars.

Though it seems that people are pretty rude tonight though, so maybe I should try to get the fuck out of here. 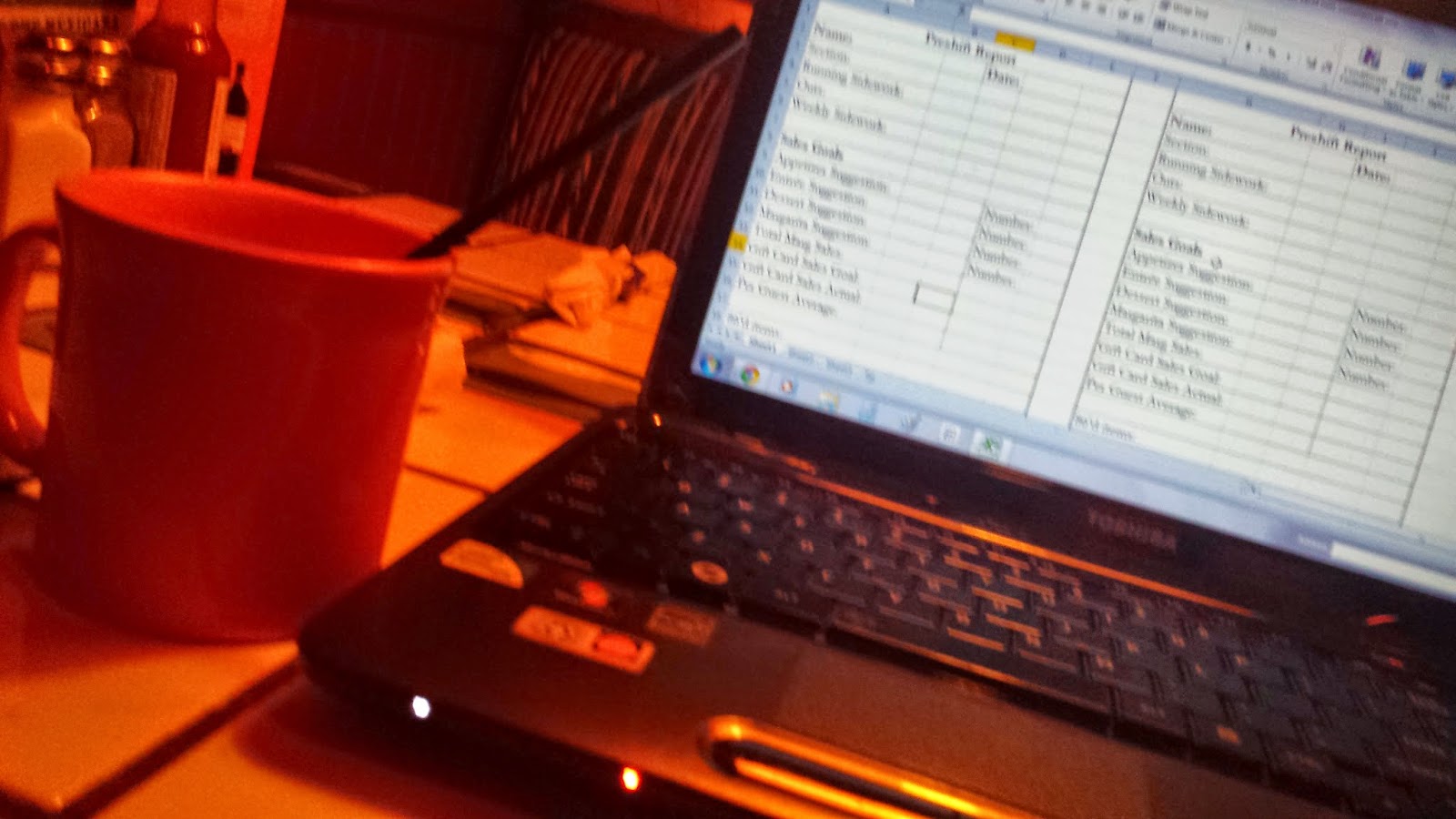 Wish me luck! Or come see me. Keep me company, and I'll pour the booze! 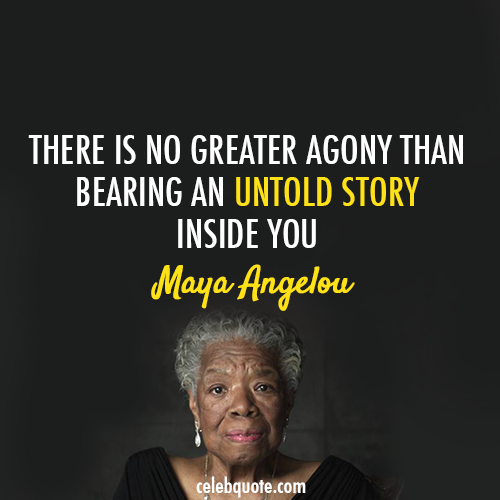 Ji
At first, actually, for a long time, I found that telling the truth about my life, my past, my story, to be really difficult. I wasn't cdomfortable. It still hurt. Some days it still hurts. But that happens. Things hurt, whether we expect them to or not. The difference now is that I can acknowledge the crappy parts, and move on.

My son spotted a picture on my computer tonight. This picture: 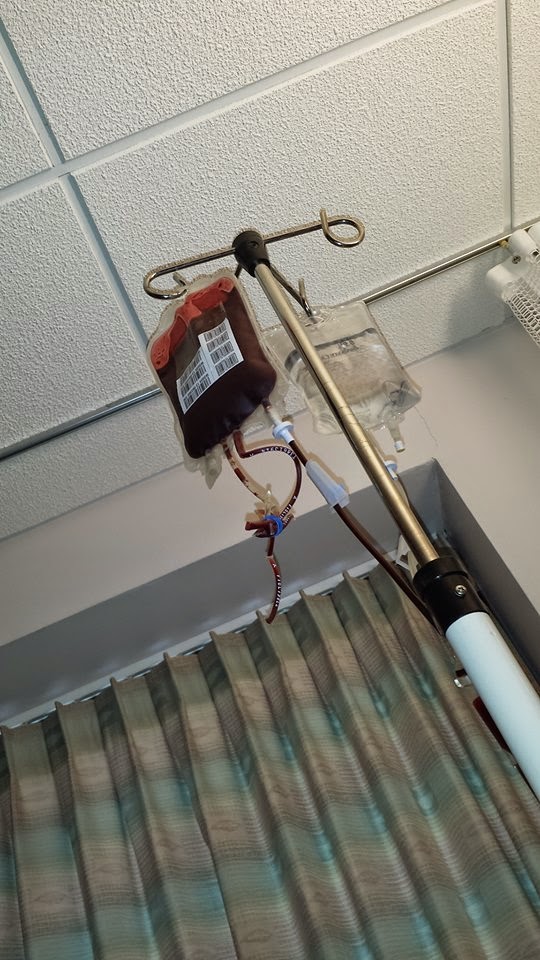 He wanted to know what it was. You know what it is, right? It's a unit of blood. I think it's the second one that I received. Last January, I had a miscarriage. I didn't know I was pregnant. I thought my period was on steroids. I managed it with a ton of feminine hygiene products for a few days before I started to feel run down, weak, and woozy. Finally, on Sunday morning, I went to the Emergency Room. They ran some bloodwork, checked out my business, and said that they'd probably just give me a prescription to make the bleeding stop, and send me on my way. Nope.

They got my bloodwork back, and my hematocrit and hemoglobin levels were slightly over half of what they should have been. So, I was moved to another bed to get an EKG. That was fine, but they were insisting that I be admitted overnight, or have a blood transfusion. Fine. WAIT!

"Did you know that you're pregnant?"
"What?! No."
"Yeah, so we're going to have to do an ultrasound to make sure that everything is okay, then the doctor will likely have to perform a D&C."

The ultrasound was fine, but my hematocrit and hemoglobin levels were even lower. That's when they decided I needed to be rushed into surgery. Waking from ananesthesia was weird. I've never had any surgery before, and waking from a procedure that involves completing a miscarriage was really emotional.  When my levels still hadn't come up at all, I was admitted for the night so that my blood could start to regenerate.
Do you know where they put you when you're being treated by OB/GYN? Bet you figured that one out. I was put in the back corner of the labor and delivery floor. That wasnt TERRIBLE for me, but only because I was bedridden until my levels came up. I had my first pint of blood transfused that night. My levels didnt rise at all overnight, so i needed another pint in the morning. I got to go home, but i was unable to care for Scout, so she had to stay with my parents and sister for a week. That was tough.
The point is, though, that sometimes the hurt sneaks up, It was kind of tough to explain to a 12 year old. Especially when I wasn't expecting it.